I was seven years old when I learnt the cub scout motto: be prepared. It seemed simple enough – a concept which any kid, or mum, might easily embrace. It is worrying therefore that the England and Wales Cricket Board’s most recent proposals, to make “cricket as simple as possible” so that even “mums and kids” might understand it, appears to be lacking in this most basic of areas – preparation.

At the very least there was poor preparation by Andrew Strauss, England’s director of cricket, in deciding on his choice of words to describe the reasons for the proposed new 100-ball competition. At worst, the very competition itself, how and why it will work and what it aims to achieve, has received little to no preparation.

Like every woman working in sport, I welcome both change and innovation. In fact it would be a paradox to both be a woman in sport, particularly cricket, and not to endorse change – to even exist in this world is to personify change. It is also true that cricket, both in England and globally, is facing challenges. Challenges to remain relevant, as well as to retain and attract both players and fans, across all of its formats.

Slowly, over the last few years, both the ECB and cricket bodies globally have woken up to the realisation that half of their target market, as a simple biological fact, are female. Though searingly obvious to some, fifty per cent of those who might play, watch, listen to, talk about and pour money into cricket are women. Go further than that and arguably women could potentially be even more influential to sport’s development than men because it is mothers, and at the stage we are at in society it remains overwhelmingly mothers, who will be the ones with the time and influence on their children to introduce them to the game.

It is perhaps with this in mind that the ECB has explicitly cited “mums and kids” as a key demographic it is looking to attract. The women’s World Cup, hosted in England last year, is a fine example of how to do this. Well-advertised, widely covered, easily and cheaply accessible across well-staffed and welcoming venues around the country – it was the epitome of a family-friendly tournament.

Every serious proposal to try and improve the engagement with, and uptake of, cricket, should be welcomed. The problem is, it is difficult to view the ECB’s announcement as a “serious proposal”. In Strauss’s choice of words, there is a strong inference that mums, or women, are being deterred from cricket because it is too difficult to understand.

For years, women have had to battle the stereotype of not being able to understand football’s offside rule, or mistakenly asking who might be winning in a game of cricket, labels which apparently apply to no man. Even if Strauss was using “mums and kids” to infer family-friendly, his choice of words betray some worrying, and patronising, assumptions.

Tennis has an idiosyncratic scoring system. It also has no uniform duration of play. Both of these have been cited as reasons for the introduction of 100-ball cricket: simpler for female engagement, set times for broadcasters. Yet tennis is one of the few sports where women might earn and receive coverage on a par with men. Its showpiece event is also on free-to-air television for two weeks every year. Visibility, I’d suggest, is key. 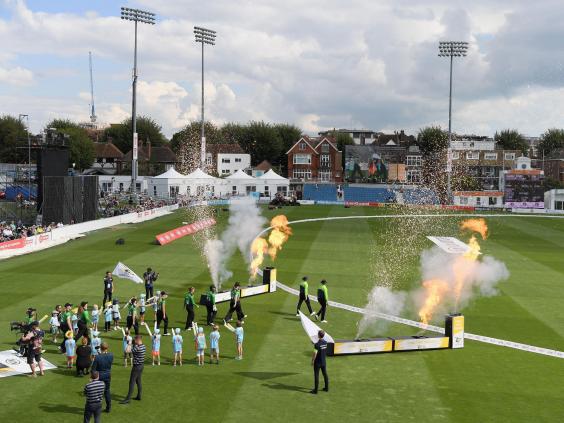 Women have always been innovators of the game (Getty)

Far less women being the target for this new tournament and the reason for change, they appear to be the hastily arranged excuse. An excuse to avoid confrontation with county cricket. An excuse not to also have to compete with the likes of the Indian Premier League and Big Bash League, both hugely successful Twenty20 leagues, which the ECB has so far failed to rival because, well, it feared change when the opportunity first arose.

The ECB say that the new concept has been developed over the past six months yet only last month its CEO was penning a piece arguing in support of what was then being publicised as a new franchise Twenty20 tournament. At best hasty and poorly communicated preparation, at worst an obfuscation of the truth, in itself far more damning. 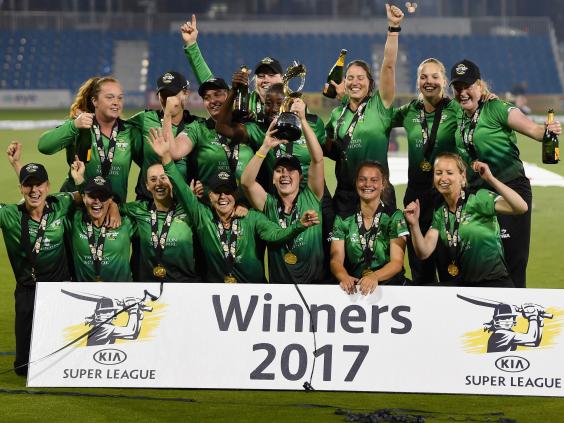 The KSL will now be no more (Getty)

It would not however be the first time that the ECB has reactively launched an ill-prepared tournament as a short-term solution to a wider problem. The women’s franchise Twenty20 Kia Super League was launched in 2016 as a knee-jerk reaction to Australia’s own Women’s Big Bash League. It was reactive, hastily announced and any legal or administrative challenges were made up as it went along. It was a positive addition to the women’s game, but largely because it filled a void. It was also based on readily-available evidence that such a tournament was much needed and could thrive – the Australian version providing that.

The tournament however is soon to become defunct, this being revealed at the same time 100-ball cricket was announced. Had it been properly thought through, the KSL could have formed a viable blueprint for any new men’s and women’s franchise tournament, developing authentic allegiances, trialling grounds and nurturing young fans. It is now clear that this was a hasty stop gap, into which many people’s time, money, hope and aspirations have been thrown into and now cut short with little regard for the long term. 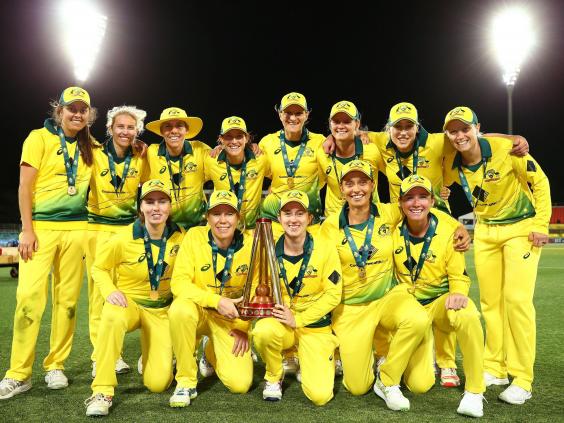 Women’s cricket has made great strides in T20 (Getty)

The implications for losing any domestic Twenty20 cricket beyond the poorly funded, entirely amateur and largely convoluted women’s county version are very dangerous. It removes the bridge between high level domestic and international cricket in a format which has so far proved integral to the development of the women’s game. There is a reason that India’s U19 Men have recently won a World Cup and Australia’s U19 Women have just clean-swept a tri-series: their next generation play with the worlds best, in the IPL and WBBL respectively. It is very difficult to see how, beyond huge financial incentives, the new 100-ball tournament will entice such players.

Women are at the heart of driving innovation in cricket. The first women’s World Cup preceded the men’s and the first international Twenty20 was a women’s one. Last year’s World Cup was also arguably the first truly family-orientated cricket tournament in England. They are not however an easy excuse for something that has not been seriously thought through, trialled, nor the implications truly considered.

• This article was originally published in The Independent on 24 April 2018. To access the original please click here.